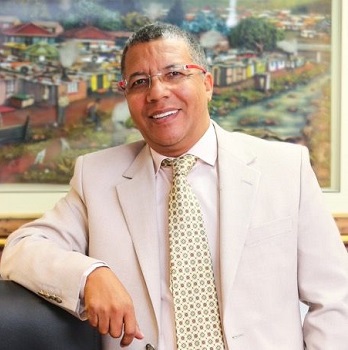 Professor Randall Carolissen started his career as an industrial engineer at Firestone in Port Elizabeth. In 1984 he decided to further his academic studies in physics. In 1987 he worked as a researcher at the CSIR and, in 1989, completed an MSs. He then worked as a lecturer at UWC and started a Ph.D. in nano-physics, publishing different journals about it. In 2005 he specialized in International Finance at the University of Stellenbosh followed by another specialization in International Tax at the University of the Northwest in 2009. In 1999 he started working at the South African Bureau of Standards, where he affected a major turnaround from a loss-making government agency to an internationally competitive certification body with financial sustainability and independence from government funding. In 2007 Prof. Carolissen joined SARS as a General Manager. He was responsible for Quality Management which included mapping processes and drafting policies and procedures to operationalize the SARS modernization program. His team developed statistical and data analytics models cited by the IMF as amongst the best globally. This application of statistics and the level of precision attained assisted in improving tax compliance and closing tax gaps assisting SARS to respond robustly to the 2008 global financial crisis, which ensured South African sustainability of the fiscal framework. Prof. Carolissen has accumulated many prestigious international awards and has established himself as a leading fiscal authority within South Africa and a thought leader in the higher education sector. In March 2021, he assumed the position of Dean of the Johannesburg Business school.