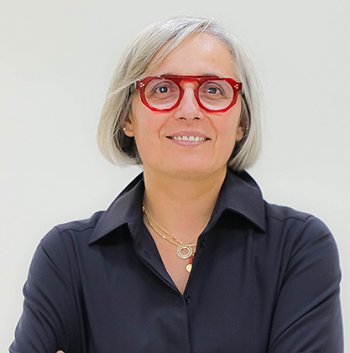 Professor BOCCANFUSO is a Full Professor, Africa Institute for Research in Economics and Social Sciences (AIRESS), Mohammed VI Polytechnic University, Rabat, Morocco. She has worked as a development economist and research officer in many member countries of the Francophonie, especially in Africa, for more than 20 years. Graduated of Laval University in Quebec (Ph.D. in economics), she was responsible for the first regional office of the Partnership in Economic Policy (PEP) network in Dakar (Senegal). She has been Professor at the University of Sherbrooke (Quebec) for more than 15 years, where she was involved in teaching, research and administrative management in the Business School. In addition to her tenure as a full professor, she has served as Chair of the Department of Economics, Director of the PhD program in Development Economics, Associate Dean for Administration and Secretary-General of the Business School, Associate Dean for Research and Graduate Studies. She has been a consultant for various national (IDRC) and international organizations such as the World Bank, IMF, OECD and AfDB. Her areas of specialization are welfare issues (poverty, inequality), mainly in developing countries. She has also worked on environmental issues, natural resources, agriculture, migration and public policies (education, health). She has published over 40 scientific articles, a book and several book chapters. She was Chair of the Canadian Society of Economics from 2013 to 2014. She is Associate Editor of the Canadian Journal of Development Studies. Prof. BOCCANFUSO chaired the Expert Committee on Guaranteed Minimum Income of the Government of Quebec in 2016-2018 (mandated by the Ministry of Economy and Finance of Quebec and the Ministry of Employment, Labour and Social Solidarity of Quebec) from which several recommendations have been implemented in the province of Canada.